DNR is working to assess and eradicate a wild population of Argentine black and white tegus in Toombs and Tattnall counties in southeast Georgia.

DNR’s Wildlife Resources Division is working with the public and partners to trap tegus, track sightings and assess the population in the area of Tattnall and Toombs counties. 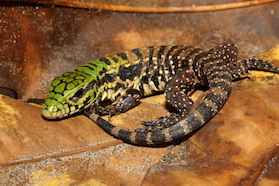 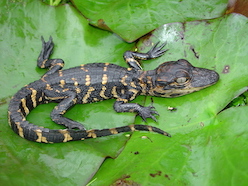 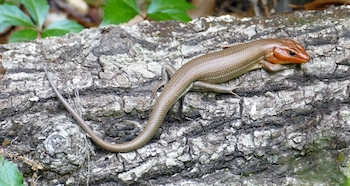 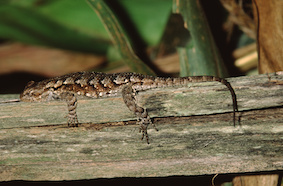 Tegus can brumate (reptile hibernation) during colder months, increasing their likelihood for survival across the state. There is scientific evidence suggesting tegus could spread even to other parts of the southeastern U.S. In Florida, tegus have established four wild populations and are considered a high-priority exotic, invasive animal targeted for removal from the wild.

DNR has worked with partners including the U.S. Geological Society and Georgia Southern University to trap tegus in Toombs and Tattnall counties, removing animals and researching the population. In 2022, DNR will lead the trapping effort. Trapped tegus will be humanely euthanized and their diet and reproductive status documented at Georgia Southern. Also, public outreach is raising awareness of the threat tegus pose and the need to report them.

Elsewhere in the state, DNR is responding to reported sightings. Rapid response is key to combating the establishment and spread of tegus and other exotic invasive species.

In the Toombs-Tattnall area, will DNR remove a tegu from my property?

DNR is working to remove tegus from the wild in the area and will respond to confirmed sightings in the area if possible. At sites where a tegu is confirmed, the agency can work with the landowner to provide a live trap, instruction and even help with monitoring. Landowners who spot a tegu or tegus on their property should try to get a photograph to verify the presence and contact DNR with the information at (478) 994-1438 or gainvasives@dnr.ga.gov.