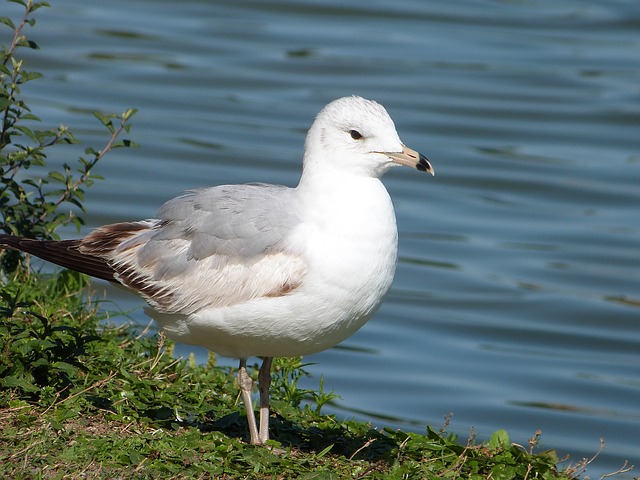 Ring-billed gulls' primarily breed near lakes, rivers, and the coastline.

They tend to nest on the ground-level of islands, and also stay faithful to that nesting location. A ring-billed gull, or its mate, will return to that same nesting location year to year. These gulls are incredibly common amongst parking lots. They are commonly considered scavengers and will typically forage for their food. Ring-billed gulls will also steal food from other birds. Natural enemies of the gull include (but are not limited to) foxes, raccoons, coyotes, eagles, and owls.

Ring-billed gulls, as well as other seagulls, help to keep insect populations under control by eating them. They act as both predator and prey, so they act as a way to control other animal populations as well as serve as a food source for animals higher in the food chain. Outside of food, seagulls act as pollen dispersers and help to keep vegetation healthy and alive.